Practising Buddhist (mainly trained in Zen and Ch’an, but familiar with other forms).

Authored books include: The Diary of Archie the Alpaca (Polygon), The Brilliant & Forever (Polygon), A Method Actor’s Guide to Jekyll & Hyde (Polygon), The Stornoway Way (Penguin), Be Wise Be Otherwise (Canongate), Love and Zen in the Outer Hebrides (Canongate)

Films and plays include: [Secret Project! (in development)], Hamish: The Movie, The Stornoway Way, Sweetness, The Callanish Stoned, Messenger in a Bottle

Have performed own work (readings and/or with musical accompaniment) in many countries, including Colombia, USA, Japan, Ireland, Hungary, Italy, Argentina, etc, etc.

Physical activities include cycling and running. Have cycled many sportives on a fixed-gear (including Ride London, Le Classique Francais, Box Hill Sportive, Etape Caledonia, Pedal for Scotland, etc) and I ran the Stirling Marathon in under 4 hours; half-marathons include Edinburgh, Glasgow, Alloa, Richmond, etc.

Have written about physical activity for various media such as newspapers and magazines. 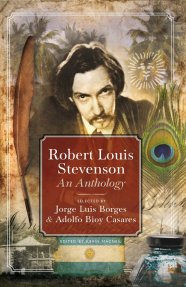 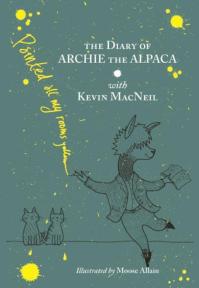 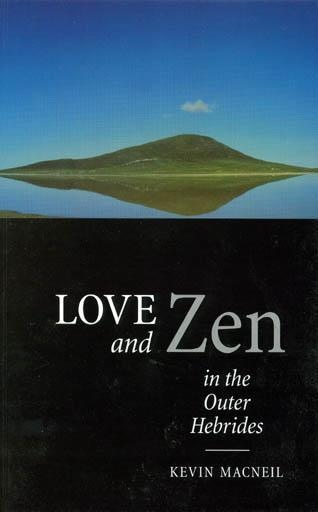 I’ve just read The Stornoway Way in a single sitting, and I loved it. A few weeks previously I read Love and Zen on a bus on a pouring wet day in Edinburgh, and it reduced me to tears, and I bought three copies for people I knew. Both of these books have been lent to me by friends and languished on my bookshelf (Stornoway) and bag (Love and Zen) for long periods until I had nothing else to read, and both times I realised I should have read them sooner. Am now going to seek out Jekyll and Hyde ON PORPOISE :o)

Thank you very much. If you’re ever doing any readings in Glasgow or Edinburgh, please give me a shout.

Hi Cara,
Thank you so much for your kind words. *blush blush*. I did a reading (well, book launch), in Edinburgh and Glasgow recently…next Central Belt one is Saturday 13th August at the Edinburgh International Book festival. I’ll be reading from the Jekyll and Hyde one on porpoise as that’s what they’ve advertised as me doing.
Take care and don’t go letting books languish!
K
x

Oh goody! Well, I’ll be there. And it’s even on a Saturday. How convenient :o) x

Hi Kevin. We love your blog and have nominated you for this award: http://peachfarmstudio.wordpress.com/2011/12/28/versatile-blogger-award-reprise/ Happy blogging in 2012!

G’day Kevin, just to let you know I’ve also given you a Versatile Blogger award:

Just one of many ways to let you know I appreciate what you do.

Hi. My girlfriend loves your writing and The Stornoway Way is by far we favourite book of all time!

Was just wondering if you have any book signings coming up? I’d love to get her a signed copy!

I just wanted to let you know that “These Islands We Sing”, of which you are the editor, has been the most amazing thing that has ever happened to me. I am from Shetland though moved away over 20 years ago. I have felt like an outsider ever since and yearned to be able to express myself yet my poetry was always wide, wide of the mark. Then I read the poems in this book and my heart and mind opened and now I cannot stop writing. Thank you for collecting these poems and showing me that where I grew up is what will always define me and that I don’t have to try to be anyone else when I write.

Dear Maxine, Thank you for your very kind words. I’m so happy you enjoyed ‘These Islands, We Sing’ and found it inspiring. It’s wonderful to hear it has helped you reconnect with Shetland. Best of luck with your writing; I’ll look out for your name. 🙂 Kevin

Hey, after my above post I have had success. Not under this name, so I’m not getting free promotion under the guise of posting! 19 poems published in the last year and I have been in The New Shetlander 4 times. All thanks to your wonderful anthology showing me island voices can sing. Thanks so much.

That’s fantastic, Maxine – I’m very glad to hear it. Will look out for your work, though that might not be easy if you write under a pseudonym. I did a couple of events in Shetland recently; it was very nice to be back. Look out for a book called Between Islands, with a long story by me, Roseanne Watt (Shetland) and Alison Miller (Orkney). May your island voice keep singing. K

Sorry to come this route, but I was hoping to enquire about the film and TV rights to ‘The Stornoway Way’?

Dear Olivia, Film rights are currently available. I can tell you a bit more if you email me at: loveandzen@gmail.com

What a lovely message to wake up to! I’m so glad to hear you’re enjoying the novel.

I finished reading The Brilliant yesterday afternoon. It followed me around the kitchen and the garden today and I’m still thinking about it now. Thank you for the writing. Thank you for the great effort and the humour. Highlight: image of the narrator freewheeling down Hill Fuji with rain cape and peat iron.

Thanks, Anne, I’m so glad you enjoyed it.

Kindest regards and warmest blessings to R.S. 😦 R.I.P.
& a gentle kick in the hom’ aww’s marred with a slightly grudged handshake to Kevin 😀
Much love

Hello Kevin,
It was really good to meet you at the ScotsWrite conference and I hope that you enjoy my books of poems. I’d be interested in events that you are running in Scotland. With best wishes, Michael Thomas

Hello Kevin, can you email you privately? I am an American journalist and author, working on a story about Stornoway and I’d like to interview you. Nina Burleigh

Hey Kevin. It’s good to have finally found your shout-wall. Although I sort of feel like I am yelling down an Orkney cliff with the sound of breeding puffins drowning me out. ALass.
I am writing a fiction book set in the Hebrides. It deals with Gaelic culture, music, and Protestantism in Lewis. I have found your books earlier this year, and learned a lot from The Stornoway Way Way. I found It was the combination of idealism and dark reality that could easily go missing from my interpretation of these places, as an American. I also read Love and Zen in the Outer Hebrides and was very moved by your tender eye for your place of birth, as much as your loyalty to it. You are one of those rare people who wield radical honesty as a form of love.

You said in The Stornoway Way that if anyone is interested to hear your story, buy you a pint and you’ll tell us. Well I’m not in London, but I might be in the future. In the meantime, email me if you are interested in what I’m up to. I care about the people of Lewis, and I strive to paint a strong, moving picture of a life there.
Jane Kimmelman